What time of year is lambing?

Skywalker, our resident Hampshire Down ram, the strong and silent type. In the world of sheep you might say he scored some Lad Points by sneaking his way into the flock of ewes back in September last year completely unscheduled and obviously with a massive sheep grin on he face. From then on we knew we were  going to be in in for early lambing season and by our predictions the end of January (as gestation time for sheep is just 5 months.) Usually Lambing in the UK will traditionally begin in early spring. There was some comfort to this having moved lambing into the barn the last couple of years were not too worried knowing that the ewes and their lambs would be tucked up warm and dry indoors. What we didn’t realise then was that we would be here now, at the beginning of March with a barn full of feisty, boisterous and chunky lambs who are more than ready to be out in the meadows. But, with the weather still so awful that we are very reluctant to let them out to be braving the foul elements brought by Ciara, Dennis and Jorge. Even today after the first week of March we have had heavy wind, rain and hail to add to the soaked and waterlogged meadows. Certainly by this time we would normally be happy that the lambs are more than big enough to fend off any foxes and they would be enjoying grazing on grass in addition to their mum’s milk. So the solution we think will be to let them out during the day to enjoy the meadows and the slowly improving (we hope) spring weather and bring them back into the barn to sleep in the dry and warm. It’s worked so far and in some of the most extreme weather we’ve had they take themselves in and bunk down, the only work left for us to do is shut the door. If only the sheep were that considerate when we need them to do other things! 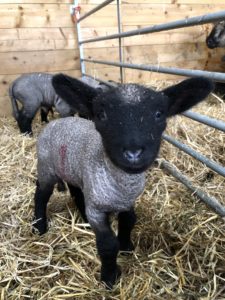 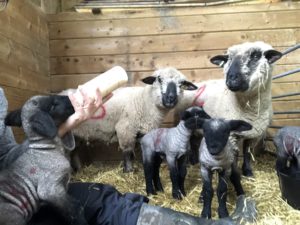 The unusual and extreme amount of rainfall we’ve had for this time of the year has taken the farm back to its historical routes. Mill Meadows Farm is made up of ancient river meadows, the mill stream that runs parallel with our farm historically to serve Lumley Mill in Emsworth rises and falls throughout the year. Within the last few weeks it’s overflowed in a couple of places runs through our fields to join the main course of the River Ems that cuts through the middle of our Farm. at first look you wouldn’t notices the amount of water the farm manages to avoid flooding further down river. We muddy and constantly damp for the time being but we are doing our job and the farm is doing what its meant to do! But maybe… just a little bit of sun please! 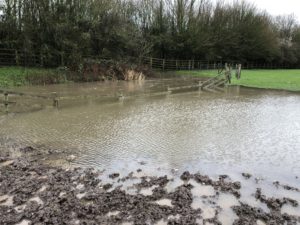 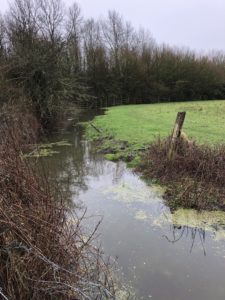 We had such a great time on the Alpaca experience, it was just us with Laura and her Mum who were both so knowledgeable and friendly. The alpacas were adorable... read more and so friendly. Absolutely more than worth the money, we would do it again in a heartbeat!